This time it's not about money.
This time it's about family.
Money Heist: Part 3. Premiering July 19th. Only on Netflix.
Watch Money Heist, Only on Netflix: www.netflix.com/title/80192098
SUBSCRIBE: bit.ly/29qBUt7
About Netflix:
Netflix is the world's leading internet entertainment service with over 148 million paid memberships in over 190 countries enjoying TV series, documentaries and feature films across a wide variety of genres and languages. Members can watch as much as they want, anytime, anywhere, on any internet-connected screen. Members can play, pause and resume watching, all without commercials or commitments.
Connect with Netflix Online:
Visit Netflix WEBSITE: nflx.it/29BcWb5
Like Netflix Kids on FACEBOOK: bit.ly/NetflixFamily
Like Netflix on FACEBOOK: bit.ly/29kkAtN
Follow Netflix on TWITTER: bit.ly/29gswqd
Follow Netflix on INSTAGRAM: bit.ly/29oO4UP
Follow Netflix on TUMBLR: bit.ly/29kkemT
Money Heist: Part 3 | Official Trailer | Netflix
tr-me.com/utitle-netflix
Eight thieves take hostages and lock themselves in the Royal Mint of Spain as a criminal mastermind manipulates the police to carry out his plan.

Dude professor warned us already to NOT have personal connections with each other. What the HELL was Tokyo thinking?!?!

Why do they have to spoil us that berlin is still alive...

They didn't spoil anything.

damn series 3 hit all the right spots. Has to be the best show ever.

This is second season trailer

Neymar is in there😲

Text you can hear ha haa a a a a

This thing is fuckin awesome, I watched all three parts in 2 nights.. bcoz I'm that free in life😂😂

Who is here after SEASON 4 🤩

Probably the most annoying thing is Denvers laughter for fucks sake

waiting for next seasson

Berlin was the best part of Money Heist. Always will be

You people killed Berlin... You shouldn't have done that... You made a big shit in end...

This is the best series i have ever watched

Season 3 was already planned by professor

Where is they 4th

By far the best Spanish show ever

Whenever professor close to getting caught, my heart rate automatically increases. That kind of impact he has created. He's undoubtedly a "MASTER CLASS".Major credit goes to writer too who sketches it in a most engaging way.

Their voices (Eng Dub) change a bit when Netflix took over.

I literally rewatch the scene once in a while to get goose bumps when the professor thought Raquel was dead and Rio and Tokio blew the tank away in the end..

The laugh of Denver and the comeback of Berlin!!

NETFLIX JUST RUINED THE PROFESSOR DUBBING IN SEASON 3 AND ITS JUST LIKE SHIT .......FIRST MARVEL RUINED DEADPOOL VOICE IN DP2 And tham the NETFLIX

ive said ot befor but all this fighting about how to watch the show whether you watch it with subs , dubs or as is , cant we jst enjoy a show we all love

This is easily in my top 3 Netflix Originals.

The most over rated season ever

dubb all seasons in Hindi

Dubbing sound has changed the worst thing of this episode

Like Arturito is the most annoying person I’ve seen. And he is in S3 as well. 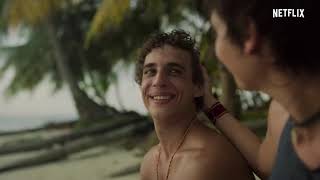